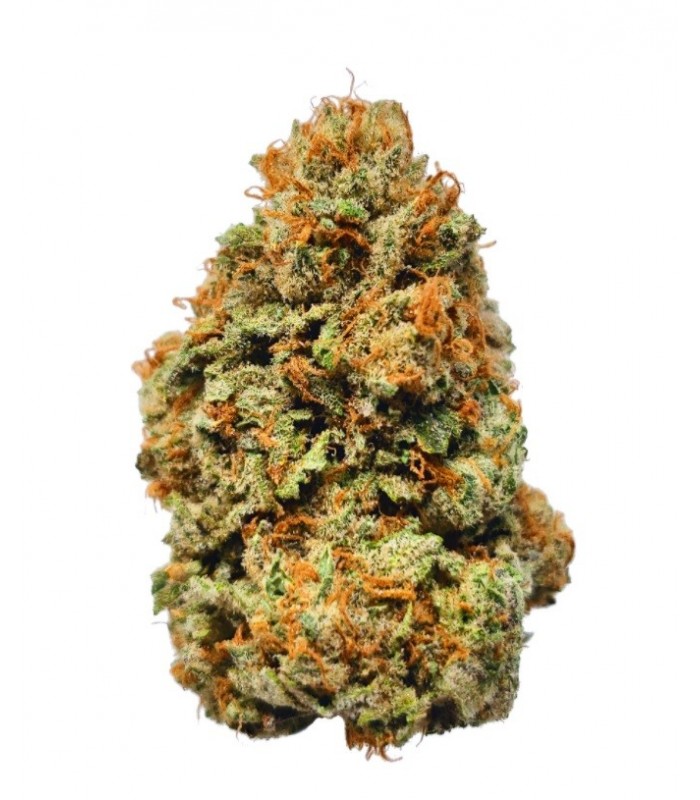 At Greenstore we add one of the most demanded varieties, the new Orange Gelato genetics, a cross that is capable of growing with great vigor to later provide us with a harvest full of whitish resin.

In honor of its name, the primary flavor and aroma of Orange Gelato is a creamy fresh orange citrus flavor thanks to the presence of limonene in its terpene profile. Humulene, a rare hop flavonoid in many cannabis strains, also gives Orange Gelato its bitter taste. Caryophyllene, with a moderate peppery aroma, completes the aroma of this variety.

With a THC concentration that ranges from 14 to 20 percent, Orange Gelato has a fairly normal cannabinoid profile. That's perfect for newer smokers though, who don't want a single hit from this powerful pot to leave them in an early nap or an inescapable couch lock. Smokers also report that Orange Sherbert makes them feel relaxed while infusing them with a happy, elevated euphoria. It can also inspire creativity, making you a favorite of many artists, musicians, writers, and more.

It offers a sweet and earthy flavor and aroma. As for the effect of Gelato Orange, it is very powerful, euphoric and relaxing at the same time.